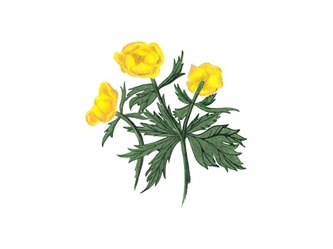 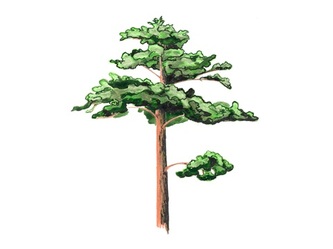 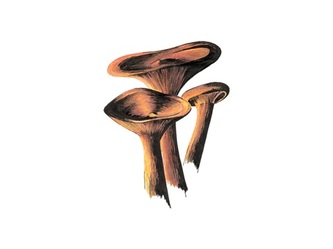 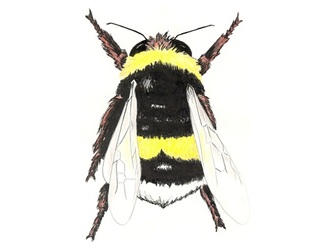 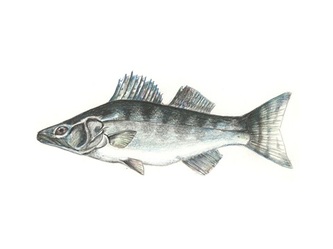 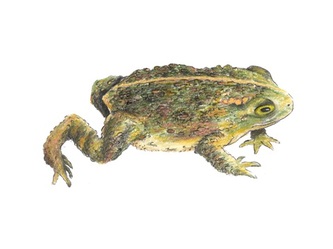 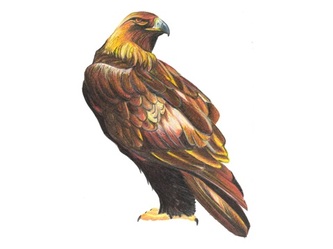 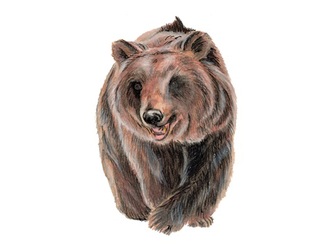 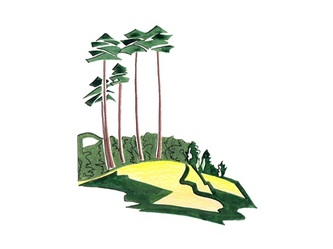 Globeflower, which is a kind of “Sun flower”, grows on meadows and wooded meadows at the end of May.

Pines are widely spread in different areas of the county, from dune pine forests by the beach to stunted bog pine groves. They grow together with Lactarius rufus.

Pike perch is one of the most well-known fish species in Pärnu Bay. The number of pike perch has rapidly decreased in the last years but several measures have been implemented for the protection of the species, such as a ban on fishing.

The Natterjack toad perfectly represents Pärnu County. They prefer to live on coastal meadows. It is said that the largest population of Natterjacks in Estonia and probably Western Europe is located on Manija Island.

Golden eagle is clearly worthy of its symbolic status – Pärnu County is a land of extensive wide bogs and forests. Bog islands and primeval forests surrounding the bogs are inhabited by golden eagles and 10–12 breeding pairs of these birds of prey live in Pärnu County.

The bear is on the device of Pärnu County and the brown bear is a symbol of Pärnu. The number of bears in the county is sufficient: according to the latest data, there are 30 brown bears living in Pärnu County.

The dunes of Rannametsa are Pärnu County’s nature symbols.

The nine nature symbols of Pärnu County were selected in 2000. The goal was to identify the characteristic species of Pärnu County in flowering plants, trees, mushrooms insects, fish, amphibians, birds, and mammals, as well as a landscape that would best describe Pärnu County.

To find out which representatives of plant and animal kingdoms would be the best as the nature symbols of Pärnu County in the eyes of the county’s population, the Pärnu Branch of the Estonian Nature Conservation Society carried out a survey from September to November of 2000. There were 318 proposals for the nature symbols. The committee, consisting of Pärnu County governor Toomas Kivimägi, Eedi Lelov, Merike Palginõmm, Kalju Ojassalu, Urmas Vahur, and Tiiu Pärn, chose the nature symbols from those 318.

In 2001, Marianne Männe, a student from Academia Non Grata in Pärnu, drew the illustrations for the selected nature symbols.